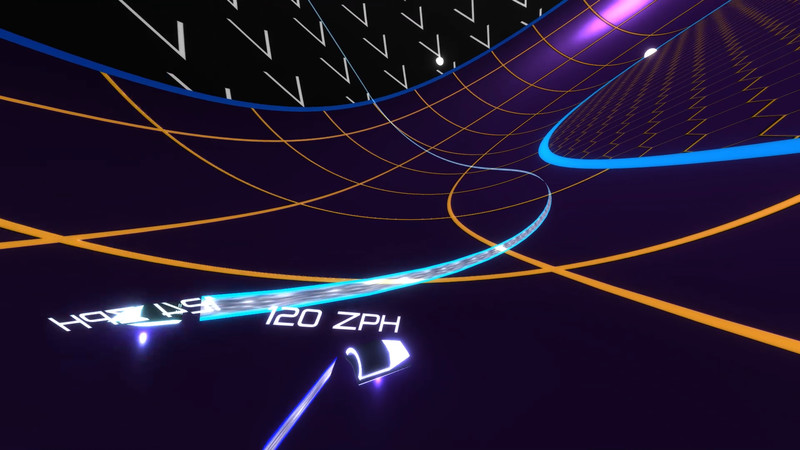 ZOOMnBOOM is a game about driving really fast and exploding. Survive for as long as you can without crashing into the light trails left by you and your opponents! Your speed is ever-increasing, so collect orbs to slow down if things get too fast! And be careful with those brakes; if they overheat, you'll explode! These vehicles definitely don't adhere to governmental safety regulations!

- Split-screen with up to four players!

- Bots to battle against if you don't have friends around!

- Bots to battle against if you do have friends around but they're busy doing other stuff!

- Bots to battle against if you just don't have any friends!

- But the bots can't really do anything except play this game almost competently, so don't get too attached! They won't go to the movies with you! b4d347fde0 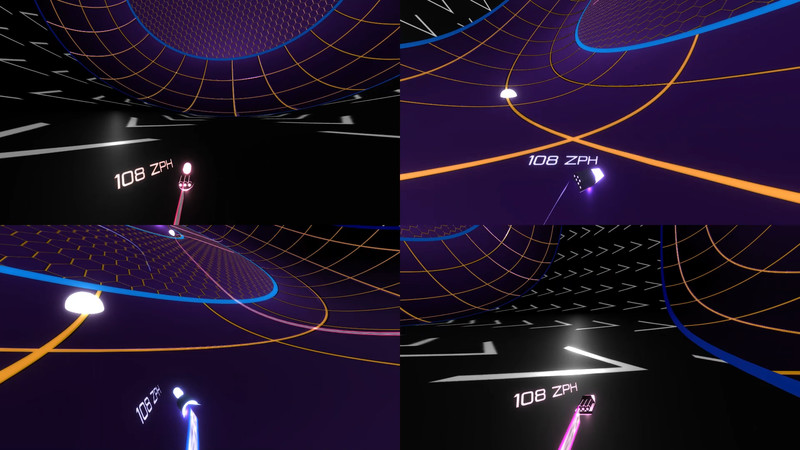 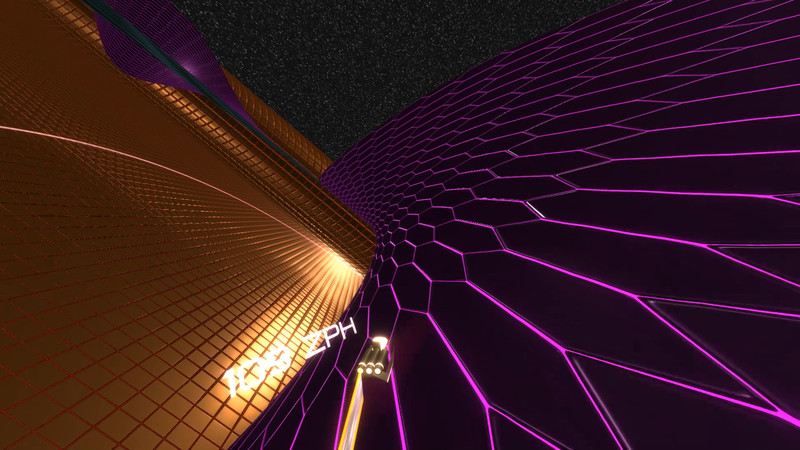 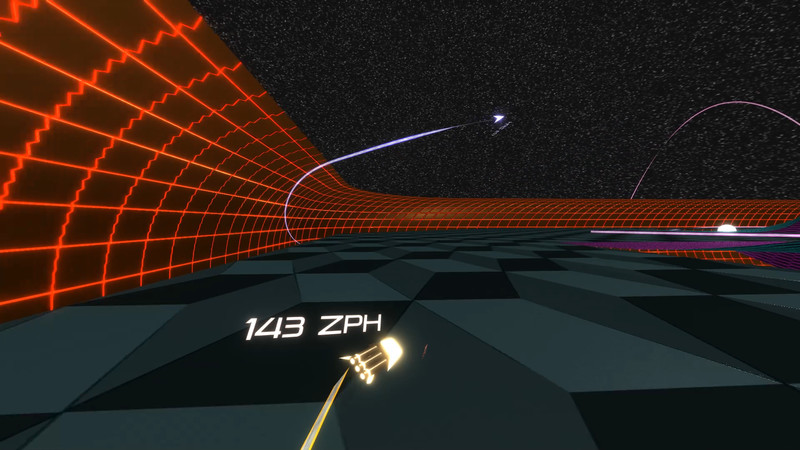 
Reminds me of Tron's lightcycles, and I've always wanted a game based on that, so this is up my alley. The bots are surprisingly tough, and the controls are tight enough to feel like you're in control but loose enough to require a bit of skill to survive.

It'd be great to see some added features eventually since it's got a good foundation. I'd love to see online multiplayer, more maps, music, different cycles that have different stats, story mode, weapons or other powerups, and so on, so here's hoping for this to be successful and earn some updates!. more maps and better sound pls still really good. Feels unfinished. Where's the HUD?? Can't look around. Can't see the other bikes unless they are in front of you. Can't see your kills. No idea how many riders remain. There are white orbs you drive through and then...nothing happens. Give it a pass.. Needs better sound, some music and a scoreboard.
Gameplay is sort of fun and I could see it being rad multiplayer.
Priced about right for what it is, but definitely needs some work.


Demo Update 1.1: Navigation Update:
Thank you everybody for playing our demo and giving us feedback! :) We've read all of it and are evaluating your ideas to improve our plans for the full version of ViSP!
First of all, we implemented some navigation improvements to make the demo more accessible:


If you have any more feedback, please leave it in the ViSP Demo Feedback thread or reach out to us via Discord[discordapp.com]. 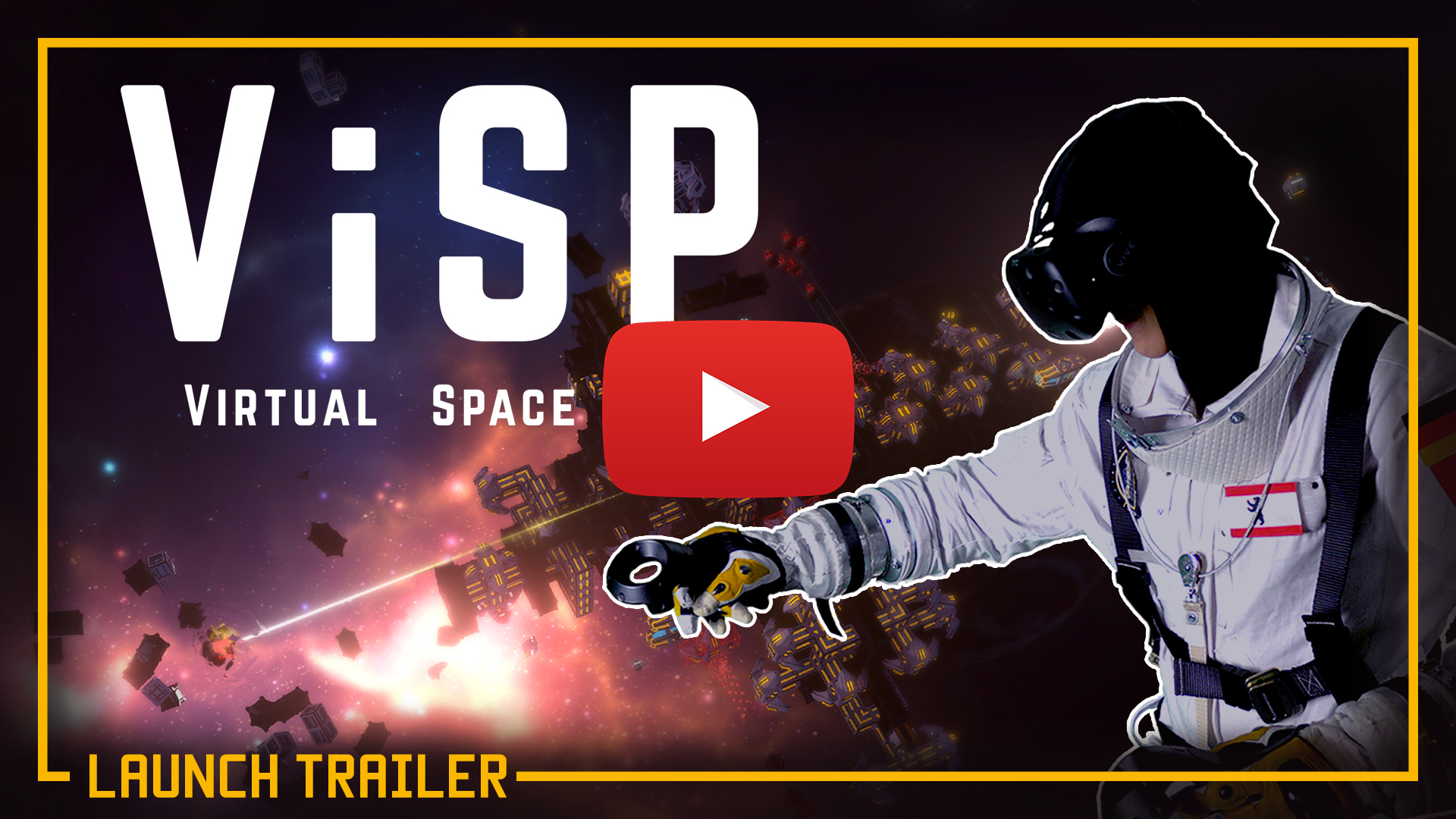 We did it! After two years of work, our VR spaceport building game ViSP is finally released with our new cinematic trailer!

As a team of two Game Design students, we began working on ViSP as a university project two years ago. We made the first prototype for a three week experimental game jam using the HTC Vive and designing a VR-exclusive title. We were really happy with our early prototype as it was something really different than you commonly find on the VR games market.

Because of that we decided to try our best to develop it as our first commercially released game! We managed to win some prices with our concept and got funding to spend one year developing ViSP. It was a great time but also a time of unforeseen challenges and many overworked nights while somehow trying to finish also our university degree.

And now we finally reached our goal: Today we released ViSP on Steam, as well as our launch trailer, which was basically like a whole second project in itself and took months to complete!

- full support for HTC Vive, Oculus Rift and Windows Mixed Reality
- 14 implemented languages (if we do not support your prefered language and you would like to help with the translation, just feel free to contact us)
- 20 levels + a creative mode + a tutorial
- 87 achievements, which bring additional challenges to the game
- all our sweat, blood, love and tears from the past 2 years

In addition we provide a demo where the tutorial and the first level are playable for free, to get a better impression from ViSP.

We hope you enjoy the game and are looking forward to your feedback! 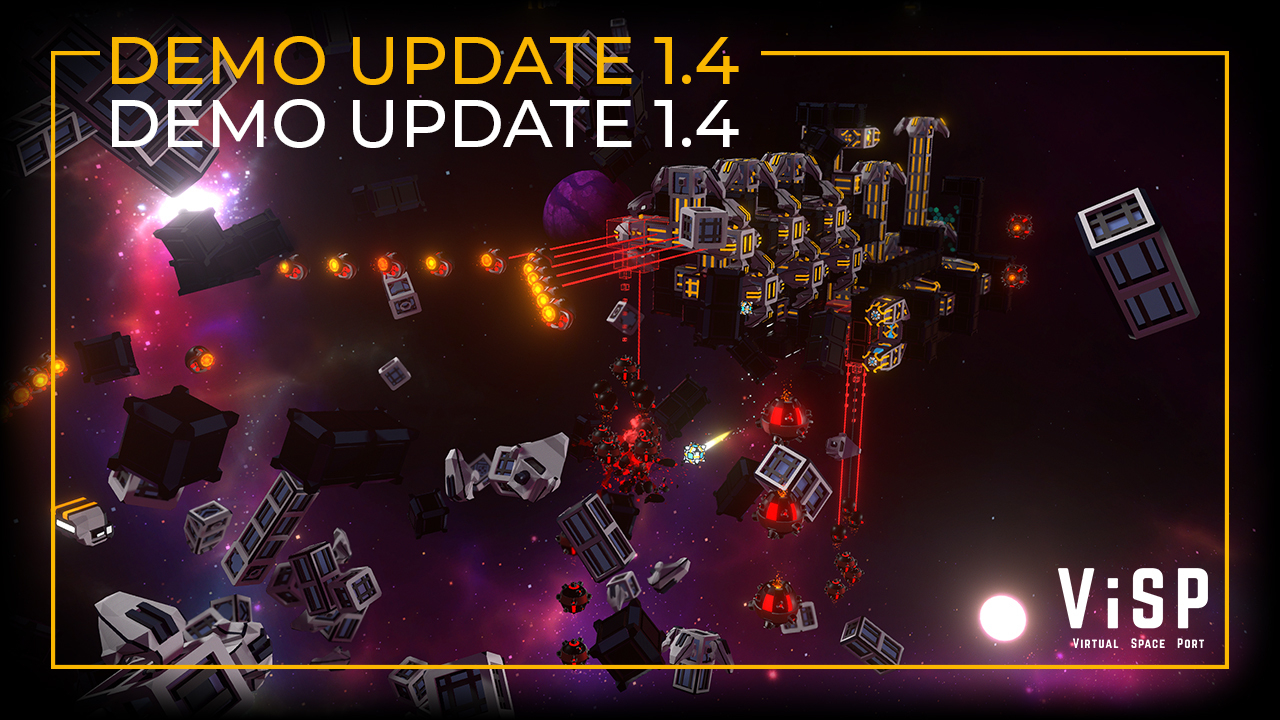 Another update for the demo just before we have the full title launch next week. We added a few more languages and WMR support:

And as always if you have any more feedback, please leave it in the ViSP Demo Feedback thread or reach out to us via Discord[discordapp.com] / Twitter. 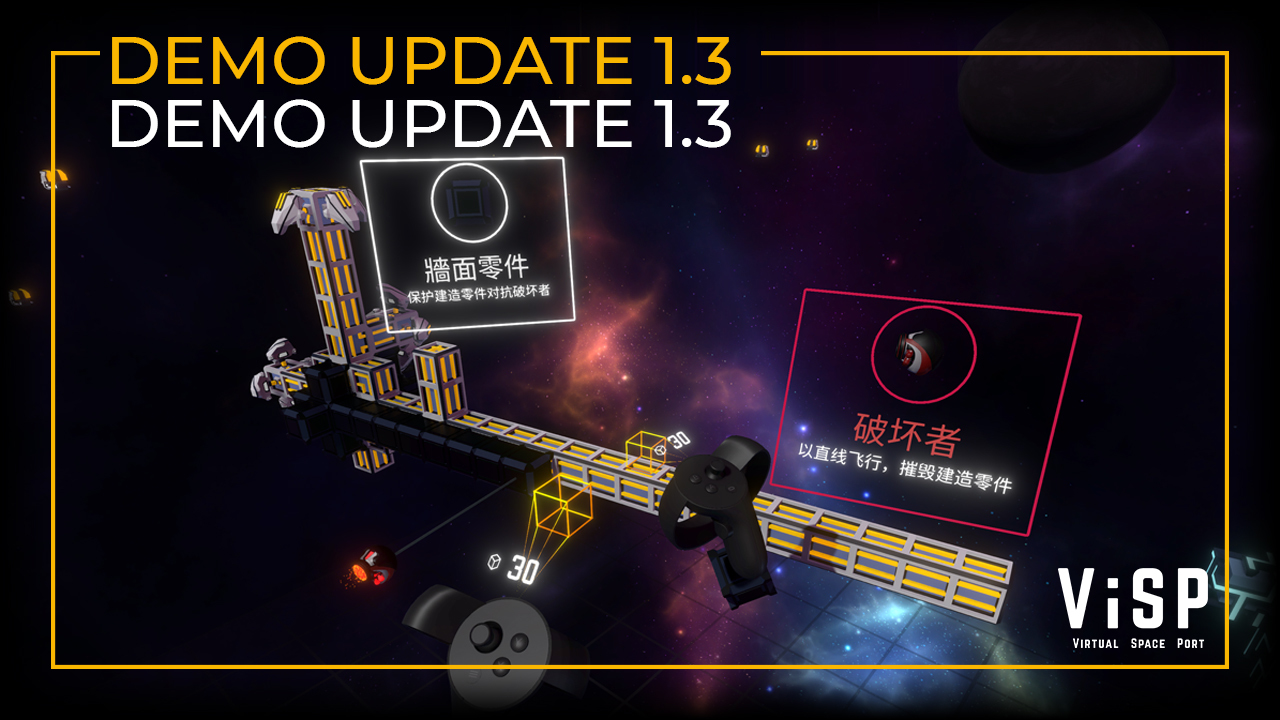 Many things happened that delayed our development process, but since a couple of months we are back on track to finalize ViSP! If everything goes according to plan, we will be able to release ViSP in February!

In the meantime, we provide to you our new demo, which features:


And as always if you have any more feedback, please leave it in the ViSP Demo Feedback thread or reach out to us via Discord[discordapp.com] / Twitter. 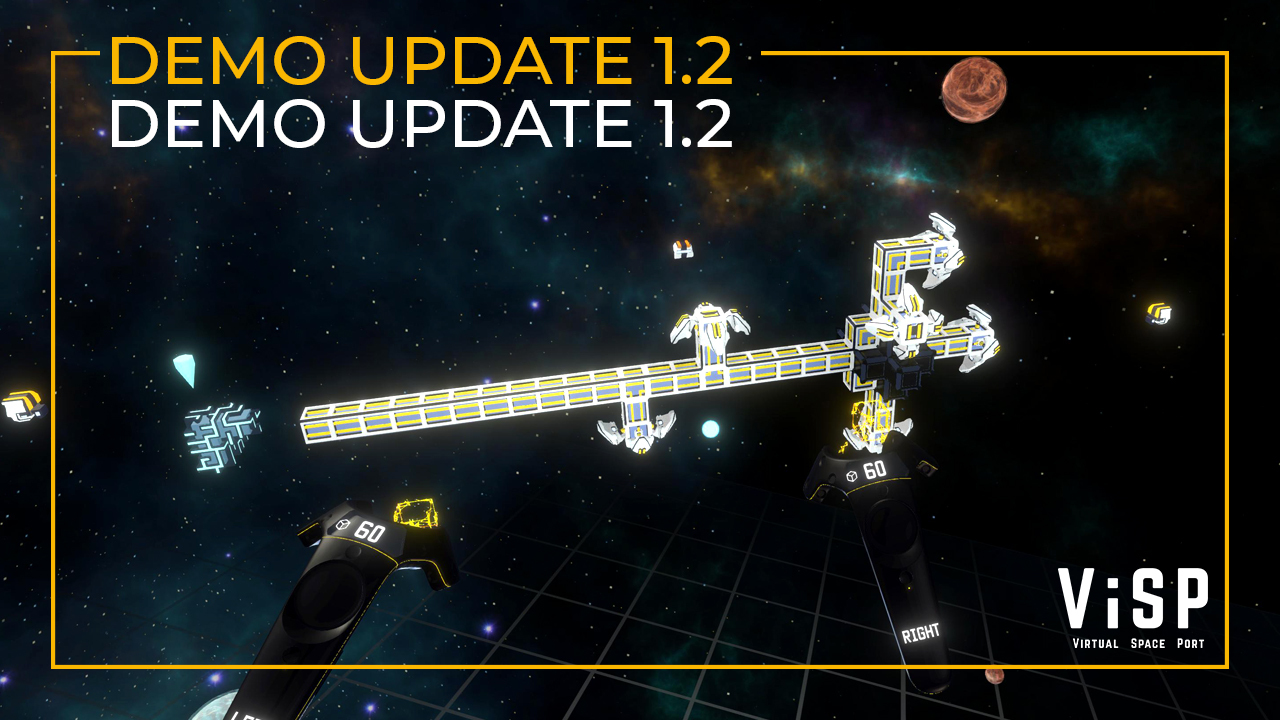 We are back from Gamescom 2018 and bring you a new updated demo to play for free. In the last few weeks we worked hard on many different aspects of the release version of ViSP but also updated the free demo:


And as always if you have any more feedback, please leave it in the ViSP Demo Feedback thread or reach out to us via Discord[discordapp.com]. 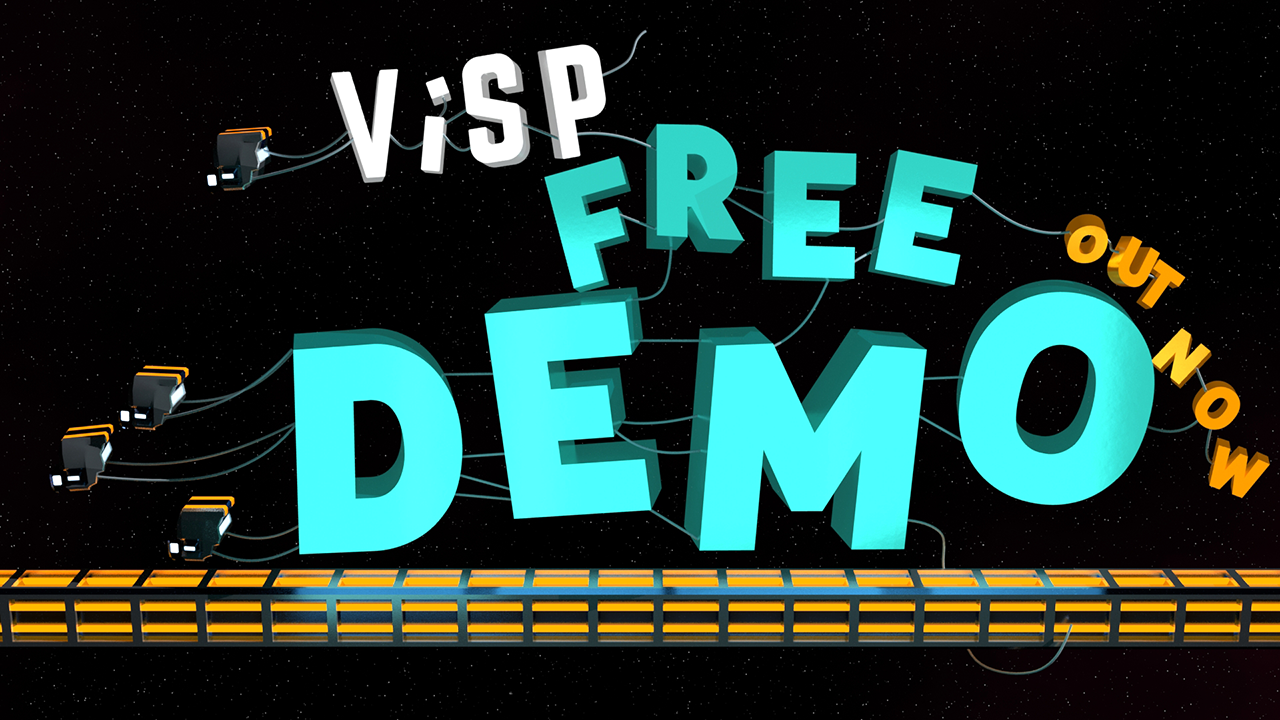 Hello everybody!
Our free demo is out - please give it a try, we're happy to receive your feedback and hopefully land on your wishlist ;)

Also, if you have any questions or feedback, or just want to chat with us, you're very welcome to join our Discord Server[discordapp.com]!

We made this short video to introduce ourselves and give you a little insight into the development of ViSP. If you read this you probably already played the demo (if not you can find the Download Demo button on the Steam Store Page), so feel free to leave your feedback here on the Community Hub or join us on our Discord Server[discordapp.com]. 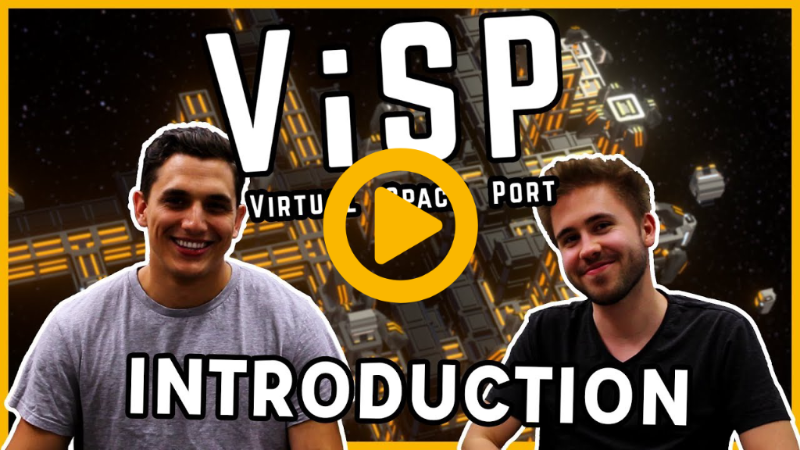