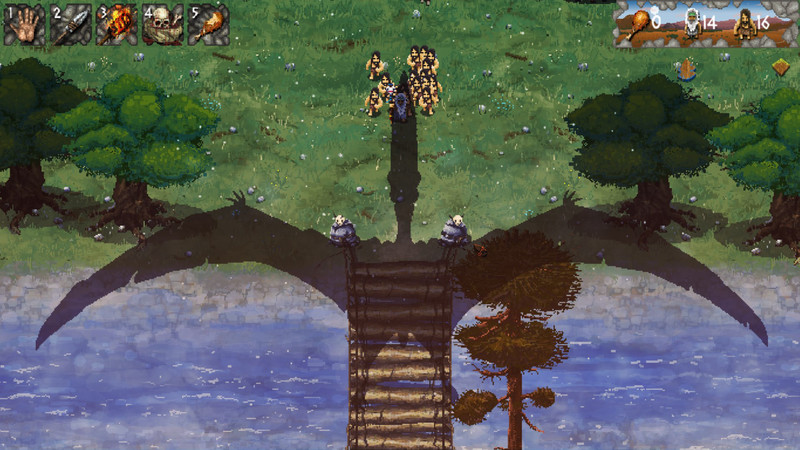 Tribal Pass is a tactical hardcore runner comprised of resource management and environment interactions – all on the run.

Tribesmen make their way through the unfriendly wilds encountering a quick river, a herb, a human and a beast of various danger. You play around encounters, splitting and uniting the tribe, arming it properly, making sure your people are alive and your food is in stock.

Please mind the fact that this really is a RUNNER (of no sort you've ever seen, though) – there's no stopping till the sun drops and the run ends.

The runs are procedurally built and ruthless to new players, but eventually it all depends on the player's skill. b4d347fde0 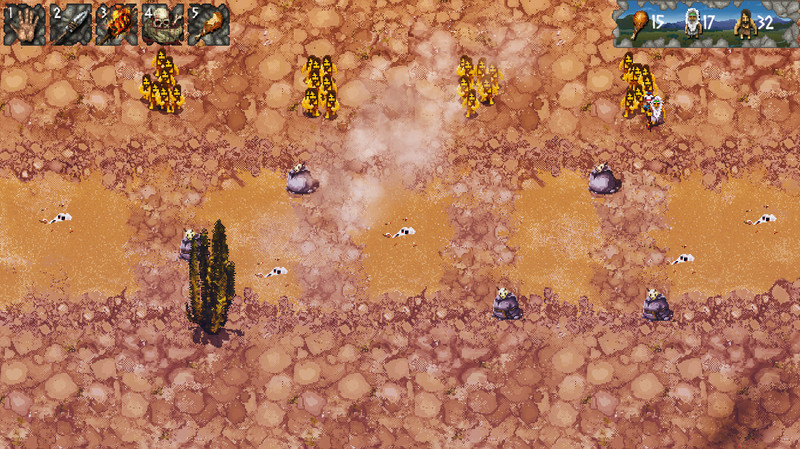 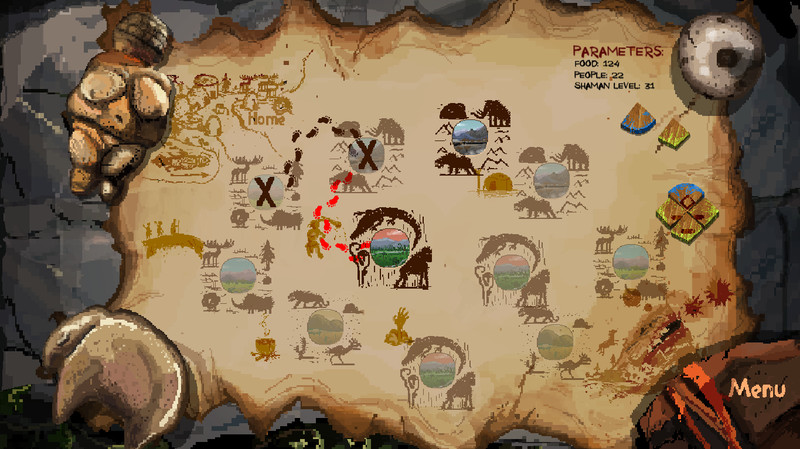 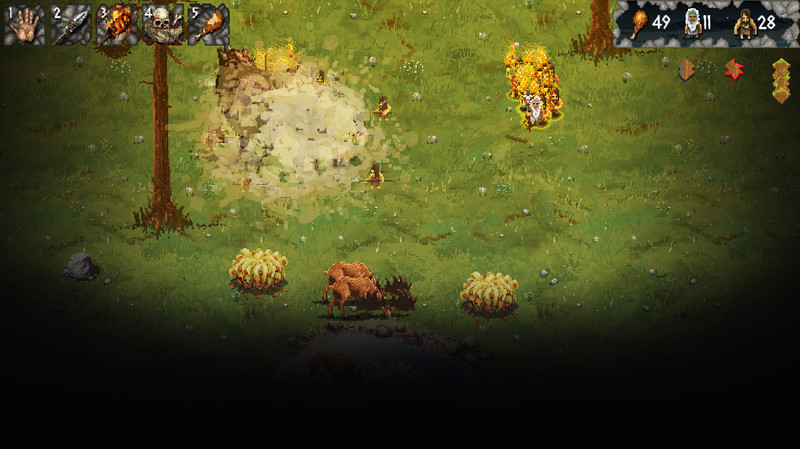 Kept me entertained for a couple of hours. Nice simple fun but not a great deal of depth.. Died non stop in the first 30 minutes because the tutorial didn't explain everything, but after you understand what is going on it becomes an enjoyable game. Very simple and not so fun for me. Maybe it's just not my cup of tea. Since it was only 74 cents on sale, I can't say it wasn't worth the money. Maybe my children will like it and if so I'll revise my review.. Welcome to Tribal Run: A Tactical Runner with its own unique gameplay. It is unlike any other game in the genre. You are the Shaman who must lead your people to a safe area before the sky fire destroys your village. Along the way, you are faced with many dangers. From wild animals, rivers, fire, insects,quicksand, and others things that will kill off your tribe if you do not lead them in the proper formations. There is no stopping during your march across the lands, you must march forward ordering your people to change formation to avoid danger & collect much-needed food till nightfall, or your people will die off fast.

Released in later August 2016 by a collaboration of developers, including Tribe Tea, Stas Shostak, Evgeniy Yudin, Alexzander Protasenya, and Ruslan Viter and published by Stas Shostak. It is tagged as a Difficult, Action, Adventure, Runner, Indie title. The game holds up to the difficult tag, it will take a little time to get used to the mechanics of the game. The gameplay is fairly simple, using just your mouse to control the tribe's formations and the 1 thru 5 keys to control actions for the tribe. The game does have controller settings in the launcher even though controller support is not listed for the game. There is also a Leaderboard; Do you have what it takes to make it to the top of the list?

I would recommend you start with the Tutorial and get the basics of gameplay learned before you start the Single Run. Once you have the basics down it is time to play your first game. You will have a choice of multiple routes to get to the new grounds that your people are to call their new home. Along with choosing to run at night or day, day runs cost you needed food, so choose wisely. There are various Tokens you can enable at the start of your second level to help give you a little advantage. There are multiple language settings: EN, RU, ZH, EU, ES, PT, FR, IT. So you are able to read the dialog in your native language. Once you beat the Single Run, you will unlock the Big Pass gameplay, which varies from the Single Run. For Big Pass, you work to move all the people from your village as fast as possible before they starve to death. The balance of your resources become very critical in this game style.

With well-done Pixel Graphics, great sound effects and unique gameplay, for the asking price it is a nice little indie title to add to one's library. There is a medium replayability for the title. Though the title really is not very long. With unlocking the second play style and multiple routes for both the game styles, these options will give you continued play for a while. For you achievement hunters, the game has 14 achievements with most of them unlocking during normal gameplay, you can 100% them fairly easily.

I had a rather hard start with the game myself. After about 30 minutes of trial and error, I got a good grasp on the gameplay and was able to beat the Single Run for my first time and unlock the Big Pass. It was very satisfying when I beat it for the first time. I am currently trying to finish the Big Pass, as promised the game is Difficult. But I will finish this title one way or another. I am having fun playing, even when I get annoyed at my misclicks from time to time. I may cuss and rage at times, but my goal is obtainable as I continue to get used to the flow of the game. My worse problem with the game is the night play, I am half blind, half deaf & half crazy :P and games with a lot of darkness give me a harder time playing them. Though it does not stop me in the least from playing my heart out still. I will stop gaming when they pry my cold dead fingers from the keyboard LoL.

Now is your time to decide. Can you lead your people to safety?

Tribal Run: A Difficult Pixel Runner: Are you worthy to be the Shaman!

Key provided by developer\/publisher for review purposes. Any opinions expressed are entirely my own!

For more reviews, great game giveaways and much more.

Come join us @ www.Zeepond.Com\" target=\"_blank\" rel=\"noopener\" >www.Zeepond.Com<\/a> and The Cpt Froggy Club Steam Group <\/a><\/blockquote>. It's hard to believe, that there is a way to make something new in endless runner genre.
Yet, they did it :)
For me it's insanely difficult but still interesting.. Fun idea, bu...