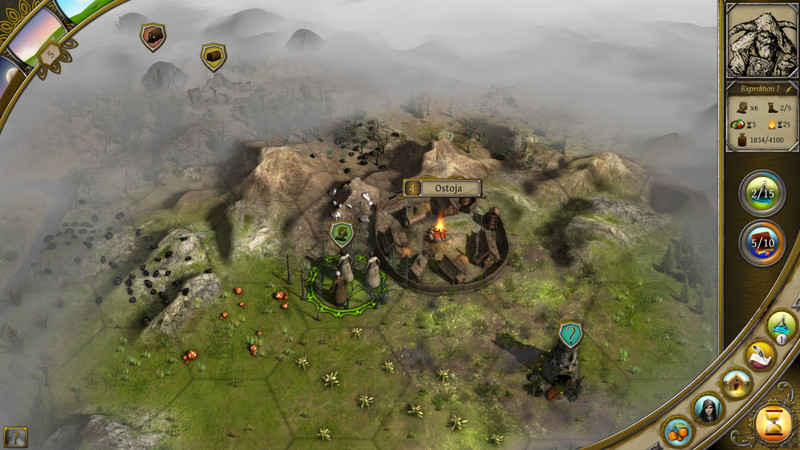 Thea: The Awakening is a turn-based strategic survival game steeped in Slavic myth and monstrosity set after an apocalyptic force known only as The Darkness has engulfed the world. There are Strigas and Baba Yagas aplenty, but there are no heroes, no monster slayers, and no great armies capable of banishing them. You have only a few hopeless and starving survivors who are desperately trying to stay alive. You are their last and only true hope!

The game combines turn-based strategic gameplay with the tension and grit of a rogue-like, a captivating story you can uncover through a series of in-game events, and a unique combat system based on a complex card battle game.

The wide range of gameplay features allows you to proceed through the world of Thea the way you prefer. You can choose to stay in your village and build up defenses, or you can go out and explore the world. Conflicts can be resolved through assassination, stealth, diplomacy, hunting, and various other ways depending on the skills your people possess. Fighting is not your only solution to conflict!

Choose your game style and save your people from the Darkness! 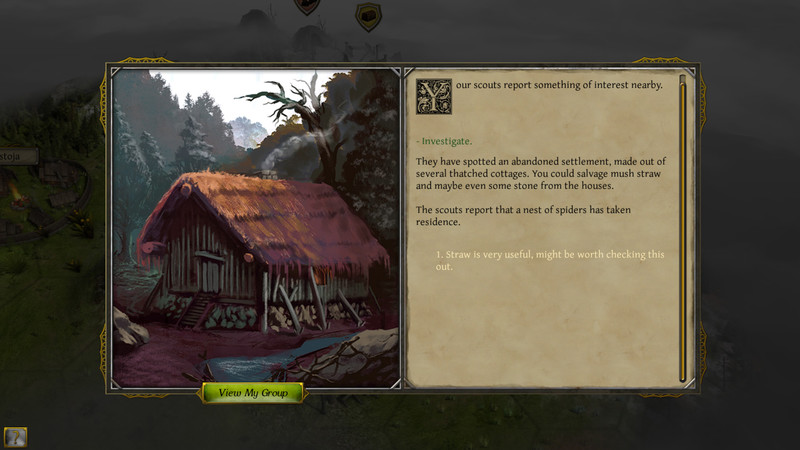 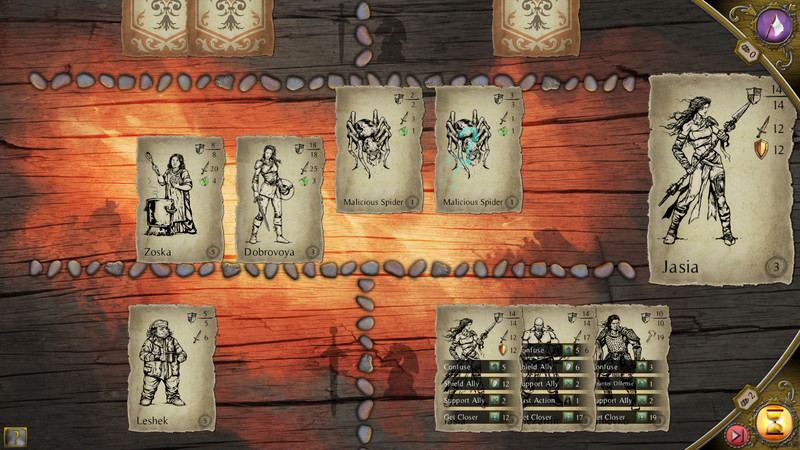 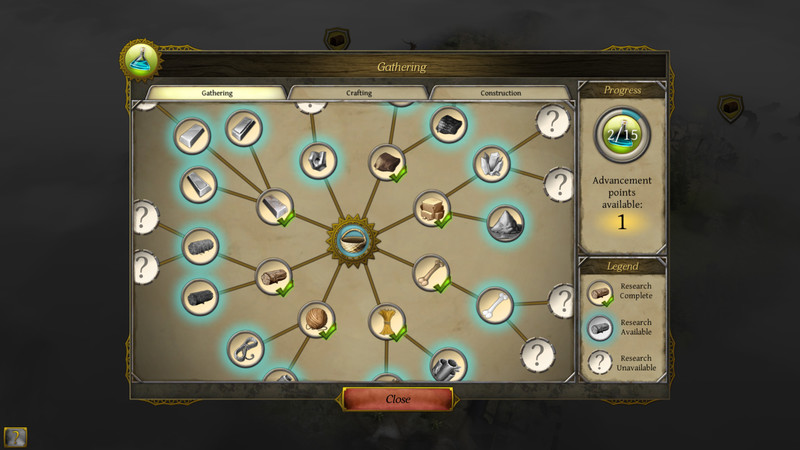 Thea 2: The Shattering is out of EA:
Hi All,

Just a small announcement that Thea 2: The Shattering is now out of Early Access and available here:

For those of you who already own Thea: The Awakening, we've got a special bundle so you can complete the collection with a small discount.

. Build 1.07.1203 + Mac! (on beta branch):
Hi all,
Over the last few days we were testing a Mac build and it proved stable, so we'd decided to release it, on beta branch for now. If any of you, who purchased the game already, would be able to test the Mac build, we would be grateful if you could report if the game works well on your machine. The beta branch password is "KuChwaleGorda".

Other changes brought with this update are:
- fix for gem based items (stats were sometimes not calculated properly);
- new difficulty setting - Realism - for those, who need even more challenge. We dare you :P

Edit: Some more fixes just came in to this build:
- fixed mass dismantle, which was dismantling cooked food and other items that normally should not be dismantled;
- fixed cursed effect that dealt damage after fights and also fixed displaying curse wounds on character skills list;
. Update 0.1014.2:
Beta branch testers had a bit of fun, but I think it's time to update the main branch and let everyone else see what we've been working on. This will be a long list of features and fixes from 0.1010 and 0.1014...

- hopefully fixed the autosave fog issue (at least we can't reproduce it anymore),
- increased map movement speed when using keyboard,
- fixes and improvements for settings screen,
- added difficulty level customization (with presets),
- optional save/load as part of the above,
- village tasks management revamp,
- new icons for metals,
- fixed the flying skeletons bug,
- lowered drops from spiders,
- fixed duplicating items exploit (in some cases items won't stack properly, we'll get it fixed),
- proofreading and corrections for events and quests,
- fixed the poisoned well/spirit quest, where instead of combat you had a stealth challenge,
- adjusted rewards from events,
- corrected some enemy groups in quests, where the wrong/inappropriate group popped up in a challenge,
- added some new 'old man' graphics to events to improve variety,
- help screen now blocks map zoom/movement as it should,
- auto resolve improved (further improvements possible) - need feedback,
- difficulty is now visible on enemy markers,
- added missing sprites for roasted foods containing nuts,
- Equip/New Expedition screens' paperdolls - swapped tool, ranged weapon and rings slots (so rings are not confused with headbands),
- fixed the smith quest, where all children were taken from group, not only the 4,
- changes to werewolves attack village event,
- added Settings screen (includes some settings which should improve performance on older machines),
- removed the pre-game settings window (where you used to change resolution, quality and fullscreen mode - it's all handled in-game now,
- added a couple more low level creature lairs and some more creature variety in the early stages,
- fuel burning order - the most common fuel resource will be burned first, even if you have not forced your villagers to stop using other fuel types,
- decreased the amount of resources given with research unlocks from 10 to 5 units,
- you no longer can equip characters without appropriate slots (so no more jewellery on warriors),
- increased children growing up rate
- village buildings are slightly less likely to attract creatures,
- ruins received some extra interesting items but overall resource gain has been lowered,
- ruins have increased chances for adventuring encounter (challenge).

Also, Khash (our programmer) and Yuuki (writer) goes away for a couple days, so hope you won't encounter any serious issues with the latest build. Regardless, we'll continue improving the game when they come back.

You can meet them on PGA or GIC in Poland(Poznan) this weekend! They have conference talk 19.30-20.00 Saturday on GIC, come and listen if you can!

Have fun all!
. Build v.1.20.2008:
After a really long discussion both internal and in forum threads, today's patch brings:

As we are now full steam ahead with Our Next Game (TM), we managed to put together a small patch fixing a couple problems in T:TA. This new build is available on Beta branch for testing.


Apart from fixes, we've added a feature too - after every won fight your group will receive an item (equipment, tools or food) and its quality will depend on the challenge's difficulty rating.

Additionally, players reported that movement cost marker quite often did not appear. We did a little investigation and it looks like the the problem is caused by a bug in the engine we use. To solve the issue, run the game with -force-gfx-direct parameter (or select "Play in GFX Direct mode" from the starting menu).