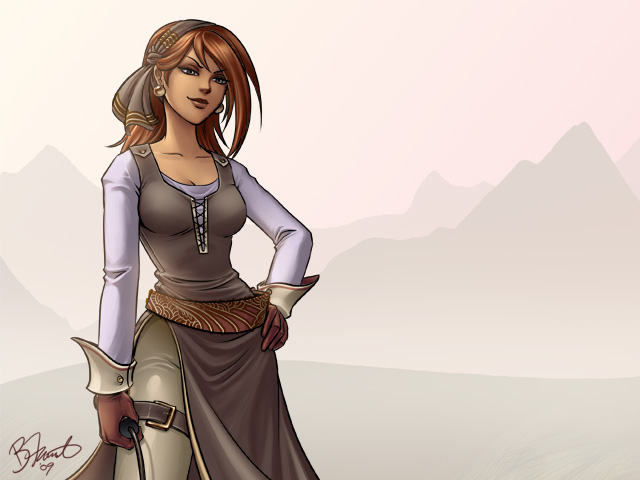 
Millennium 2 is the direct sequel to Millennium - A New Hope, the new epic saga of Aldorlea Games, specialists in RPG and Adventure. Will Marine gather the people she needs so that they can challenge the Lords of Mystrock to a legendary showdown?

With magic and marvels a world and journey await you. 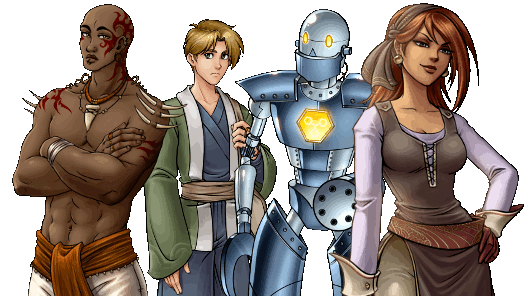 
Millennium 2 is the second episode of Aldorlea's flagship series (the makers behind The Book of Legends, Moonchild, Dreamscape, 3 Stars of Destiny, Asguaard, Undefeated etc.).
Featuring an immersive story, this game is a fantastic chapter to a series greenlighted by the Steam community that spans over 5 episodes and features more than 20 characters in total. 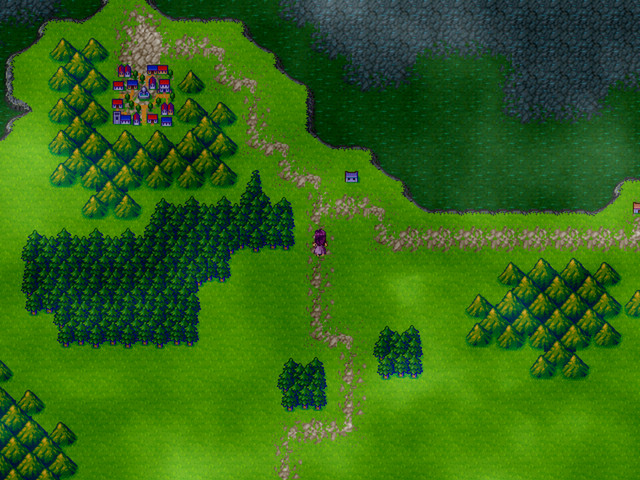 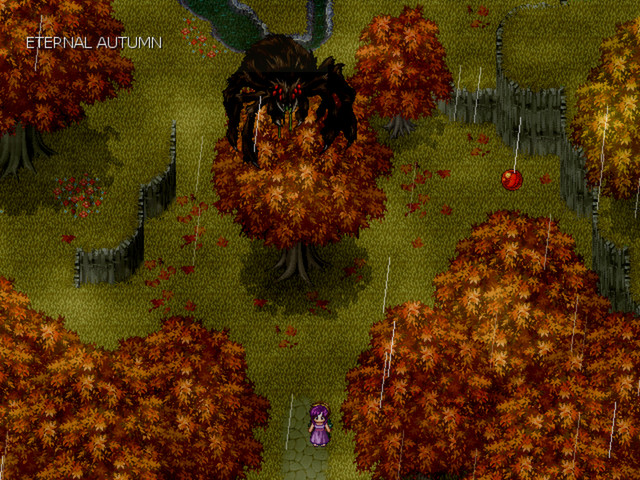 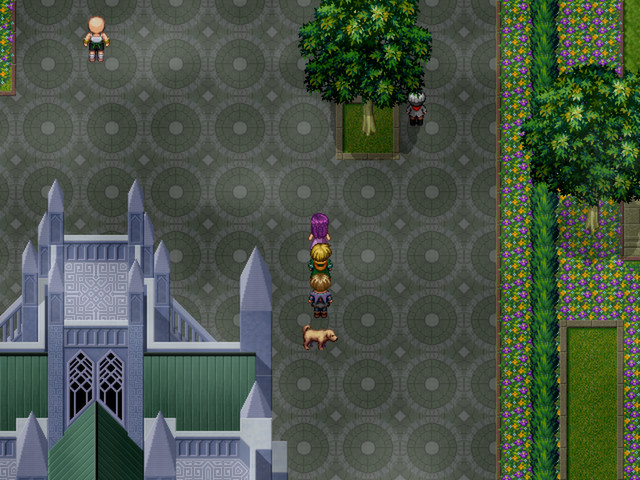 
I enjoyed the first part of this Millennium series a lot and I thought that this series might be as fun as Aveyond. Unfortunately part 2 of Millennium just isn't as good at all and reading reviews of the rest of the series I see that the main issues I have with part 2 only gets worse as it progresses.

The main storyline was much shorter than the first game. Things felt more unbalanced and there wasn't enough areas to explore to make all the traversing through the map feel anything but like a boring grind once I'd already visited a place.

But what really killed the game for me is how things are time sensitive. Unless you spend a lot of time searching every inch of the screen in the areas your character walk through you may later discover that you can't go back to that area. I like exploring and I had a lot of fun finding all the secret rooms in the first game. The first game had a time sensitive issue as well but not being able to buy all the things from the forge because I hadn't been aware of it wasn't so dissappointing that I felt let down and I felt that I could easily replay the game on hard mode later and make sure not to forget the forge then.

In this game however I discovered that I had already lost the chance of completing all quests half an hour into my game since I had no idea I wouldn't be able to revisit Mystrock again once I left. It was a very disheartening discovery 15+ hours into the game that I wouldn't be able to complete two quests because I hadn't spent more time searching through the first town I went to before leaving it again.

This series makes me feel as if I need a walkthrough to guide me step by step through it if I want to complete all the quests. I usually don't want a walkthough until I've been stuck and desperate for a while.

Millennium - Take me Higher just isn't fun enough to restart the game and replay it and I've lost the will to try the next part of the series.. I just completed playing Millennium 2: Take Me Higher and it was an enjoyable game. Just for clarity, let me state that I had already beat Millennium: A New Hope, and that I also only played the game on normal difficulty so my review will be based on those facts.

If you're a fan of the old 8-bit or 16-bit RPGs that were popular on the SNES or other systems, you're probably going to like this game. It's very smooth, has nice artwork, good music, and I didn't have any problems with bugs. Beating the game will probably take in the ten to fifteen hour range, depending upon how thorough you are in seeking side quests. This game has a number, and you have to be a bit creative to discover them all without cheating. The only ones I found a little superfluous were ones at the end where you basically went and had to hunt down gates in places you've already been.

But, I digress. The story is set in a world where the lead character is Marine, a young girl who is living in a kingdom where a despotic ruler, Lord Dragon, with the help of some nefarious underlings, is running things where only a few benefit and many suffer. So, she is trying to collect heroes to help fight him in a future election. While searching these out, she goes on various misadventures.

Combat is standard RPG menu based fare with basic attacks, accessible skills, defense, and item functions. It can get a bit repetitive, but the game isn't too bad about making you work to level up at normal difficulty, and they offer easier modes called easy and story for those who want less of a challenge, and a harder mode as well for those who prefer. Dungeons will take about an hour to two hours to clear.

One thing that is challenging is finding all the secret rooms. Millennium 2 often hides secrets, so be sure to look and click around a lot. Some players use the mouse mode to do a quick check of the screen to see where jumping off screen can lead you somewhere new. These quests are almost never essential to the game, but something players should seek out because they offer substantial advantages to the characters in game.

It's a good game, and I'll be purchasing the third when it becomes available here on Steam. For the price I paid, just under $5, it was definitely worth the cost in terms of entertainment, although the one thing that does frustrate me a little is reaching the end when it felt like it was just beginning. But, in terms of producing these types of games, I've been a fan of Aldorlea for a while, and if you like games in the RPGMaker+ vein, this is as good as it gets.. I have to say this is the best RPG Maker series I have EVER played in my life. Every single part in this Millennium series overall is five out of five stars. It is not too challenging, and has the right mix of play, upgrades, maps, quests and good characters. I admit I never complete all the side quests in the game, but I play the entire game to the end and love every second of it.

This takes a lot for me to really get into games. I love how you can select your level of difficulty (I always select story mode for a more visionary and involved gameplay), you can select arrows that show you overall where to go, because it can be easy to get lost or take too long to find your way in these games (This is a BIG plus for me). Another big thumbs up is the ability to have VISIBLE monster encounters, so whenever possible we can avoid them. I absolutely HATE random surprise encounters, that not only interrupt the flow of the game, but take away your concentration from where you were at.

Also, the music score is one of the best ever, and has some very melodic catchy tunes, and soft moody background expressions in the scores. Very nice and rare to see this in a JRPG\/RPG maker game. Many of the games seem to repeat the same flat audio\/music, and I am happy to see the Millennium series is more unique.

And finally, I love that you can import the last saved game from part to part so you take your levels and most items with you. I highly recommend this game series!. i recently bought a game from aldorlea games from they website and the game dont work and since is not made by adorlea...they dont give a fook if some1 selling games in they website rippes u off... SO STAY AWAY FROM ALDORLEA GAME SITE buy them here on steam where u know ur money will be refunded. The second in the Millenium saga, this game takes the concepts of the first game and builds on them to a better degree. The developer seems to have learned some things from the first title (and their other projects). More threats to fight, more evils to defeat. And all to prepare for the final battle to come three segments ahead.

You start at level 20, so take that as a small indication of the strength your foes start with.. Best story ever. Very interesting.

9\/10 rating. Millenium is an amazing game series, this is the first RPG I ever played on Steam and I haven't yet found anything that beats it. Millenium will always be my favouite I couldn't recommend it any more highly.. 9\/10

- Norman no esta en el equipo, lo cual es algo malo, ya que a mi entender es el personaje que mas gracia le pone a las conversaciones\/ Norman is not in the team , which is a bad thing, because I believe he is the character who puts more grace to the talks.

- Piupiu si esta en el equipo, un personaje obsoleto que no aporta absolutamente nada, ni en los dialogos, ni en las peleas\/ Piupiu if this on the team, an useless character who does not contribute anything , nor dialogues , nor fights.. This is the 2nd one in the series and continues on from the first with Marine battling to get new members. it introduces Jezebel a gypsy with a talent for taming wild animals. Her attitude might not appeal to everyone as she can be quite self-centered but underneath she has a good heart. and Abu-a quiet deep thinking person from the swamp and a little fairy . In it you will also meet some of the not -so-ethical opponents who will do their best to hinder Marine.The story extends to new areas with different scenery - quite breathtaking and new enemies. still has hidden rooms and quests. some of the animal kings can be hard to kill so leveling up and using skills is necessary. overall a great 2nd story