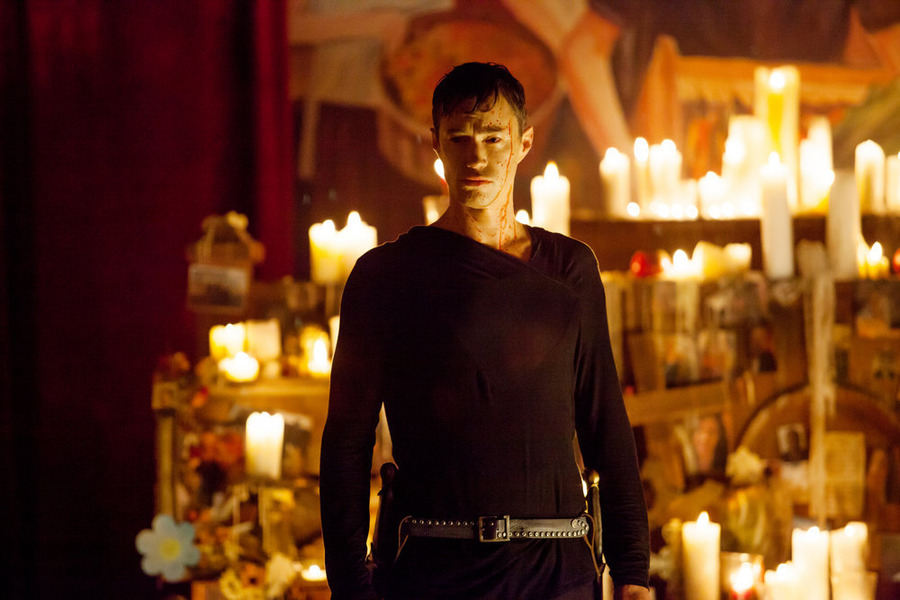 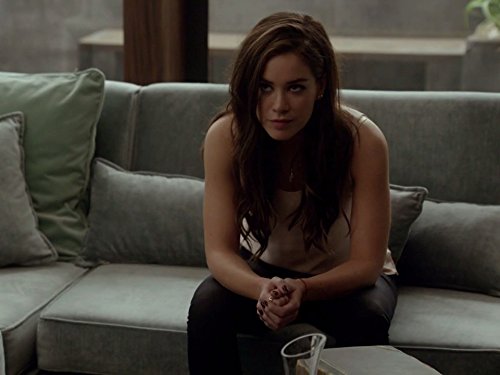 An unexpected attack on Gabriel's Aerie puts a newly-freed Alex and Noma on the road to New Delphi, a dangerous and mysterious city. Gabriel is close behind. Meanwhile, Claire begins to understand the breadth of her responsibility as Lady of the City as we reveal it was her strategic command that left The Aerie in ruins. Michael stumbles upon a quaint southern town whose residents have inexplicably managed to insulate themselves from the fallout of The Extermination War, hinting at a mystery Michael is driven to solve.
The season 2 opener for Dominion is fantastic! Another reviewer gave a great plot summary, so I won't be repetitive. Instead, I'll just say this:

Dominion feels more like a big-screen blockbuster than a TV show. It has it all... an epic storyline (created by Vaun Wilmott), amazing visual effects (by SPIN VFX), a brilliant musical score (by Bill Brown), and beautiful & talented actors.

Tom Wisdom is magnetic and mesmerizing as the Archangel Michael. Don't even get me started on his sword-fighting skills, lovely British accent and that beach/ocean scene! Three months have passed since the terrible events of season 1 when he abandoned Vega and Alex. He's lost his faith and is desperate to find his way again. He stumbles upon Mallory, Alabama; a small town seemingly protected from the War of Extermination. But how, why, and at what cost, are questions that Michael is determined to unravel. You get the sense that Michael sincerely hopes his Father is there, but is afraid to trust that hope.

Chris Egan plays Alex, the Chosen One, with such charm that it's hard to imagine him in any other role. He's matured a lot since season 1. In this episode, he's confident and determined. He's also got some great humor, sarcasm and some newly developed bad-ass ninja skills. He and Noma (Kim Engelbrecht) make a great team. Gabriel (Carl Beukes) has held them prisoner in his aerie for three months, but a bomb dropped by Vega/Helena gives them the opportunity to escape.

Claire is played by the stunning & brilliant Roxanne McKee. In the start of season 2, we find her conspiring with the Arika (Shivani Ghai)in an effort to defend Vega and herself from the scheming and ruthless, David Whele (Anthony Stuart Head). The struggle for power in Vega is sure to be a riveting story this season.

If Sci-Fi is your thing, you'll definitely love Dominion! If not, see above.

Season 1 is great, and it helps to start there, but I don't think that's a requirement to enjoy Season 2. Seriously...watch it! To say that I have been anticipating the second season of this show would be an understatement. I have been really excited to see what the showrunner has in store for us after a slightly uneven first season.

Rest assured, Vaun Wilmott and his team seem to have learnt from some of the missteps last season and have poured awesome into what is promising to be a ridiculously amazing second season.

From the moment the first episode starts, I was struck by the cinematic feel. Gone were the sometimes claustrophobic sets from S1, characters were now on the road, we were learning more about the world and interacting more intimately with the characters.

Deran Sarafian has done an outstanding job with the direction of the episode. Everything feels grand and gorgeous. The quality of the show feels heightened as we dive right into where we left off last season.

Thus far, I have not been disappointed by the direction the show is taking. I am super excited about the rest of the season.