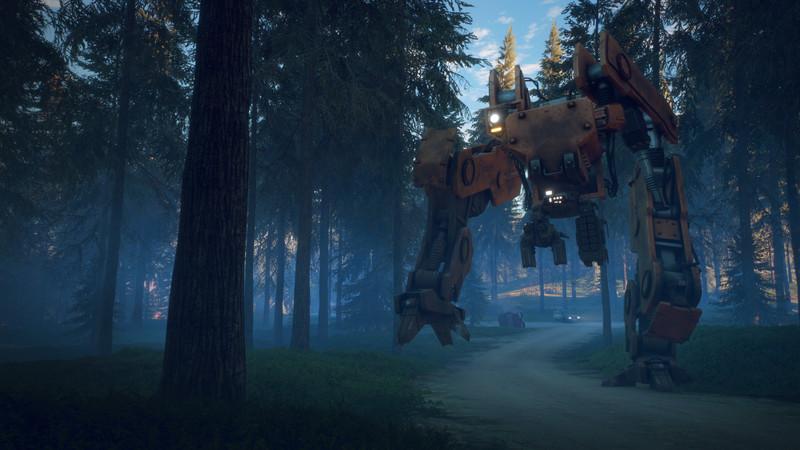 Welcome to 1980’s Sweden. The local population has gone missing, and machines of unknown origin roam the streets. Explore this vast open world to unravel the mystery of the invaders, perfect your fighting strategies and prepare to strike back. In Generation Zero, living is winning.

Survive in a Hostile Open World:

Take on missions and challenges throughout the open world to unravel more of the mystery, while scavenging for weapons and supplies to help you stay alive

Get Ready. Then Fight Back:

Tactically combine weapons, skills and equipment, to lure, cripple, and destroy your enemies.

Play alone, or team-up with up to three friends as you collaborate and combine your unique skills to take down enemies.

Stealth and Strategy. Co-Operate to Live:

Some enemies are too powerful to attack head-on, which is when you should adopt stealth tactics by moving silently, exploiting the enemy’s senses and using the environment to your advantage.

Among the loot, you will find outfits and hairstyles to recreate your favorite 1980s style to take on the machines in style. 7aa9394dea 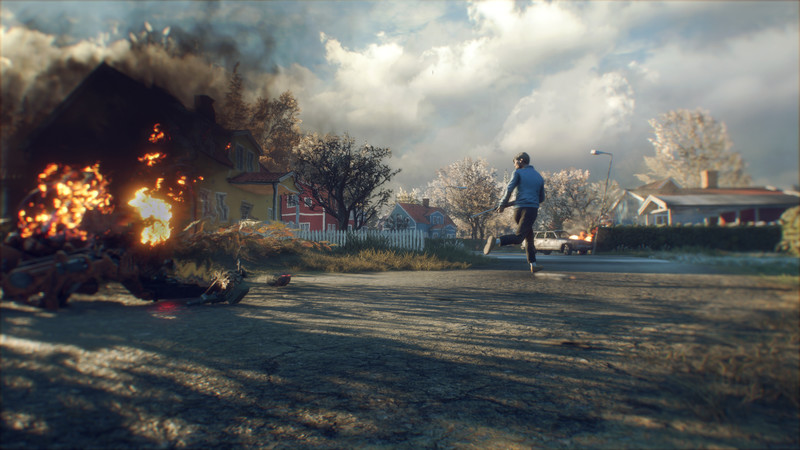 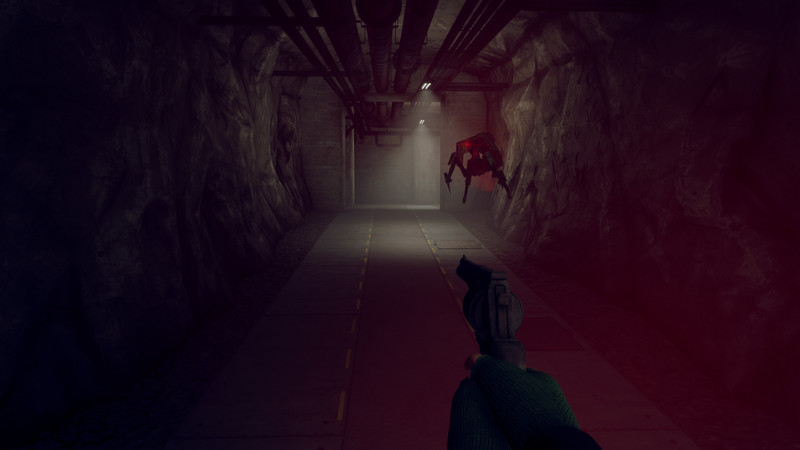 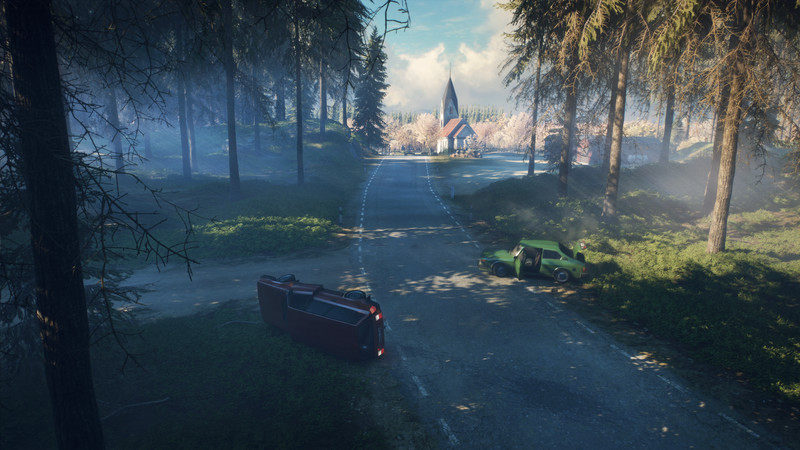 Change the price down to 15\u20ac and sell it as "Early acess", then I could recommend this game.. At times this game will take your breath away with its landscapes of rolling hills, neat farmland, snow capped mountains and restful sea views and at other times will have you shouting at your screen in anger at its numerous bugs. It is simply not ready to be released, It will not save its own settings, robots not only walk though walls but can reach into a house and kill you, they can also see you far far underground.

My advice to you is wait for a month or two and then see what improvements have been made.. The wife and I enjoy playing this game side by side, and sure, we've run into our share of issues, but we've gotten around most of them. Some of the issues we've figured out are:
-After playing for a while, the game will crash. It still requires a lot of optimization, so it's inevitable. When you go to reload your game, it will freeze at the loading screen. That is to say, the game will not load up to the main menu. This is an issue where your saved game file corrupted when the game crashed. To get around this, you will need to deactivate steam cloud saves (where your progress saves on the steam cloud).
-Secondly, when you go to do a multiplayer game, when you invite your friend through steam (shift + tab), you need to make sure the multiplayer menu is set to "open to all" instead of "invite only". Once you send the invite out AND the person joins your game, you can change the multiplayer menu to "invite only" to close off your game (keep strangers from joining).
On this note, I wish there was a LAN option setting for multiplayer, as this game totally relies on a connection to Steam to work in multiplayer. We've had crashes due to "losing connection to steam" or something to that effect.
-Third, turn your video settings down. I mentioned earlier that this game is not optimized. While I do have a system over a year old, it is by no means a slouch, and when it pegs out my video card at 100% full time, and my CPU at 80-85%, it tends to crash more often. Turn down some of the video settings, and you can enjoy several hours between crashes.
-lastly, this is kind of a pet peeve of mine, but for the love of christ, can you make the ACOG sight drop more than once a frickin' week? Seriously, I've collected enough rifle scopes of all magnifications (1-4, 4-8, 6-12) and conditions (dilapitated through Special) to build a bridge off the islands, but only seen 2 ACOG sights drop, the best one being in "worn" condition.
The wife and I do like this game, we love the concept and the open map, and we think it will be even better once most of the bugs are worked out. That being said, SAVE OFTEN!!!! If you get a new weapon or attachment, fast travel to a safe house to make sure it's saved on your character.

EDIT: After over 80 hours of game play, my desired ACOG finally dropped. Thank you :). i think this game got boring a bit quick. that's because there is a lot of copy paste houses and not a lot of different enemies (just 3) that i saw. if you want to play a fun robot game, play horizon zero down.. great game but mulity player is laggy a bit. This game is fun when everything works properly but when there's a game breaking glitch that doesn't let the main story quest proceed, that kinda ruins the game. I've looked at Reddit posts and everything i could find about it and there doesn't seem to be a fix unless you try multiplayer. Also seems to be kinda random and doesn't happen to everyone. I'm giving this game a negative review until the developers fix this glitch cause i cant really play it anymore, and that sucks when spend money to enjoy a game and find a glitch like that 45 minutes into playing, Everything else has been fine though.

Side note: Its the glitch where you have to search the Salthamn bunker for clues as to where everyone is, and when you pick up the civil defense contact list, the mission wont proceed and tell you to search the towns houses. I did turn the generator on and i also did not search any houses in town before i searched the bunker as a post said that could glitch the mission out. If anyone can help, id appreciate it. thank. Quit streaming the game, take your notes to fix the bugs and update the game.
No, \u2665\u2665\u2665\u2665 that, we're streaming all the time and those who judge, or criticize are idiots and our fans will silence them!

I nearly explored all around the island and fought many robots solo before and after update, and I'm very, very tired of the same loop of gameplay, dissapearing ammunition, bugged quests (if you relog you're screwed), robots clipping through ground, objects clipping through the ground and not fitting with the world, no options for graphical control like blur or occlusion without RESHADE, this is clearly early access. Price for this game is bad, its not worth that price at all.

Was the Closed BETA just like this? At least No Man's Sky made a comeback, how about you developers do that instead of staying quiet? Managers clearly dont know what they're doing if streaming constantly instead of taking notes and making sure devs are fixing things up.. this game is a gem :) the game play is so simple.. yet i have hours of fun.. i don't get it :P
its just a open world looter with you fighting robots and a phew quests to do :)
that's it.. but i have so much fun getting lost in this world :)

now what i love about this game is the open world and the combat :)
the gun play is so much fun! :) fighting the packs of robots is a blast :)
the huge! open world and the rain and storms are so beautiful u just get lost in it :) what a game :D

but! its got cons :P the quests are broken atm :( but i get it.. this game is in beta or what ever :P
so in time.. they will fix tho's :) the AI robots can be a little buggy.. getting stuck in some places.. even teleport in to the building your taking cover in XD tho not that often well.. at least not for me.. and at the time i got this game it was 60$
now i think that 60$ is bit high.. u would buy most AAA games for that :P well with out the season pass's and all that bs :P but that said.. once they get the quests working.. and do more work on the game.. this will be a must have for sure :). Yet again it crashed!. I must say I am not happy with this. You can call it what you want, but I call it early access.
This is so full of bugs, and lack so much content it's just silly.

Looks good though. And sounds are very good.